People have been waiting for the first official full album from Greta Van Fleet, and that has occurred…but how does one celebrate a CD release?

Naturally, having a CD release party in their hometown of Frankenmuth, MI!

As you probably know, my hometown is in Michigan and Frankenmuth was about an hour drive away. It’s a small town and home of the the largest year-round Christmas store Bronner’s. Not only is it home of Bronner’s, but home of the now a pretty well known band Greta Van Fleet.

This past week, Greta Van Fleet celebrated their CD release and also happened to celebrate the 88th Birthday of the band’s namesake Gretna Van Fleet. Not only was Gretna there, but also the parents of the 3 brothers in the band. Karen and Kelly Kiszka! 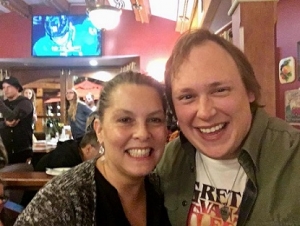 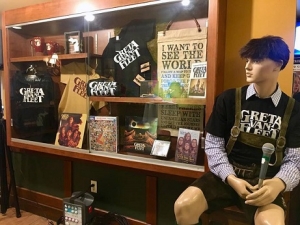 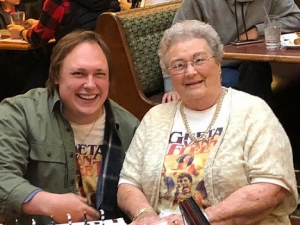 Awesomely enough, a fellow college friend whom is a HUGE fan of the band (and Led Zeppelin as well) Chris Nelson was there to witness it all. I’m not sure if he got to have a slice of birthday cake, but he did snap these cool pics with the family of the band.