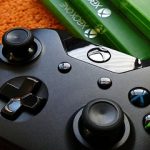 Talk about the game that has been seriously ported to every damn game console since it’s initial release.

If you own pretty much any game console or PC after the Gamecube, the game Resident Evil 4 is playable on it. However, on January 11, 2005, it made it’s debut EXCLUSIVELY on the Nintendo Gamecube.

It’s crazy to think that this game was orignally ONLY available on Nintendo Gamecube…but after it was a certifiable MASSIVE success…the game made it’s way to Playstation 2 and the rest was really history from them. It’s been HD upgraded, motion controlled, digitized, and nearly perfected to the point where it will most likely be re-released on Playstation 5 and Xbox whatever.

I originally never planned on getting this game when it came out, but my friend Brandon called me up one night and said ‘Ned, if you buy Resident Evil 4 tonight I’ll buy Super Smash Bros. Melee!’ This was out of the blue, I barely had any money, but it sounded like a fun idea. So we ran to Toys R’ Us, grabbed the paper slips, got the games and headed to his place. We started with Melee first and it was a blast, but we were RE fans, so we popped in disc 1 of Resident Evil 4….

We didn’t play Melee for the rest of the night.

I had been a Resident Evil fan since the first one, but little did I know how much they would revamp the series with the 4th entry. We had never really seen anything like it to that point and we couldn’t stop playing…

The game still holds up incredibly well today, and if you haven’t played it…it’s worth every dime. It’s surprisingly cheap online, so grab yourself one of the 1 Million versions of this game and save the Presidents daughter from a crazy cult.