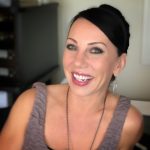 You might be wondering, “Who in the hell is this damn C.C. chick?”  You might also be thinking, “I could care less!”.  Either way, I’m cool with it ha!  If you’re a Rock 108 listener, you will soon be hearing my voice on the morning show, so figured I’d try to share some stuff about myself.  Mostly because I want to get to know you, and there’s no better way to do that than unloading all of my own dirty secrets 😉 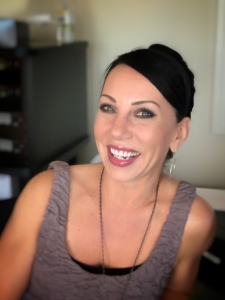 I was born and raised in a tiny town called Madison, Nebraska.  Below is me around age 12.  (Yes, I am a natural blonde!)  I was a good girl at first, then turned into a rebellious teenager.  I was the one sneaking out at night to go to a bonfire party in the middle of the country with my friends, meanwhile by two brothers were little angels and never got into trouble.  I graduated high school in 1996, so Metallica, Pantera, Stone Temple Pilots, White Zombie and Nirvana were some of my favorite bands then.  Also “The Crow” soundtrack was on constant spin. 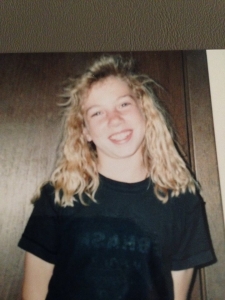 I moved to Seattle in 2000 at age 21 to escape the inevitable life of marriage and kids that I thought was the standard for people in the Midwest.  Looking back in hindsight, I realize that I was trying to escape my own demons, and it had nothing to do with the Midwest way of life. 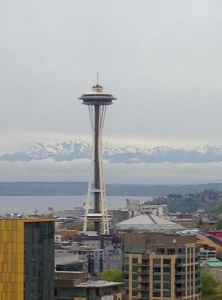 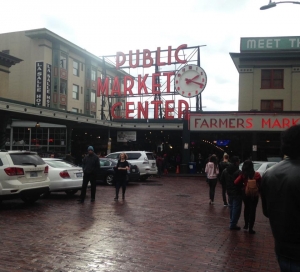 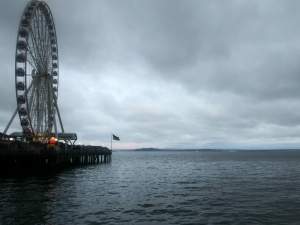 Once in Seattle, I went to acting school for a couple of years while working at the Seattle Times.  I’ve been into horror movies since slumber parties as a little girl, so I only did horror movie roles in my acting career. 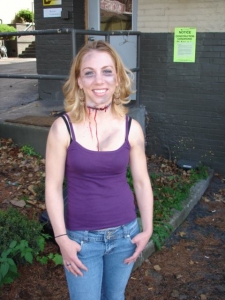 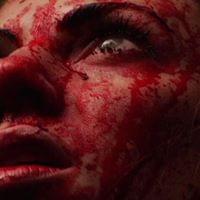 I started dating a Rock musician in Seattle and was introduced firsthand to the Seattle Rock scene. I got to experience so many different live shows on a regular basis, and that became my life for 9 years. I married him, but we have been divorced for 6 years now.  We remain great friends to this day.  I’d have to say one of my favorite shows that I experienced while in Seattle was ‘Temple of the Dog’.  This pic was taken six months before Chris Cornell passed away. 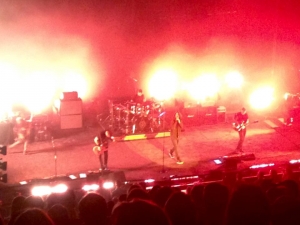 Rewinding for a quick minute.  Around age 27, I discovered that I was/am a full blown, chronic, late-stage alcoholic.  I would keep drinking when everyone else would go to bed.  When I started drinking, I couldn’t stop.  It took over my entire life, and I couldn’t keep a job for more than a month, because I would quit before they could fire me for being drunk.  From age 27 to 35, I struggled to get sober.  I checked myself into 9 treatment centers and over 40 detox centers.  During those 8 years, I “graced” the presence of multiple hospitals (flatlining, etc.), and psych wards before getting sober at age 35.  This September I will have 6 years of sobriety.  Below is my 5-year coin.  Looking forward to getting my 6-year soon! 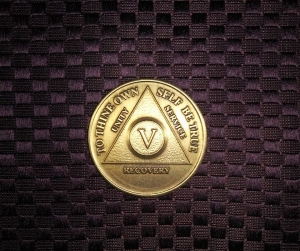 After getting sober in 2013, my life began for the very first time.  I always wanted to get into Radio, and walked into 94 Rock in Norfolk, NE.  I was hired as their morning show co-host.  They were aware of my new sobriety and lack of a Radio background, but they gave me a chance!  I learned from great people there over the next 2 years. As you can tell, I am a VERY serious person with NO sense of humor.  F**k that!! 😉 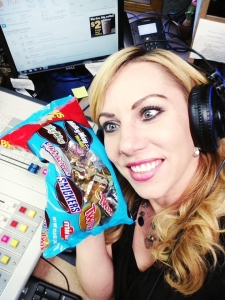 I moved back to Seattle in 2016 after getting a job at 99.9 KISW as their weekend host. 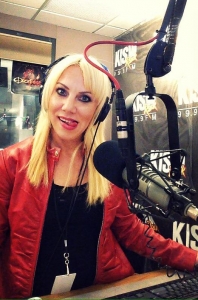 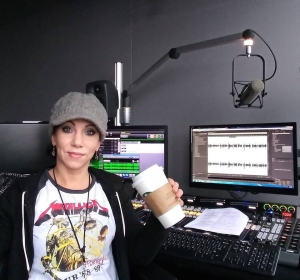 I did that for a year and a half, then went behind the scenes to produce for Hot 103.7, where Sir Mix-A-Lot  had a morning show.  I also co-produced Delilah’s show on 94.1 The Sound! 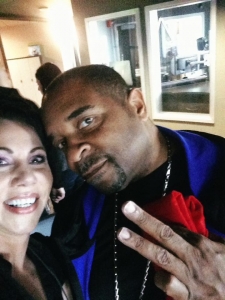 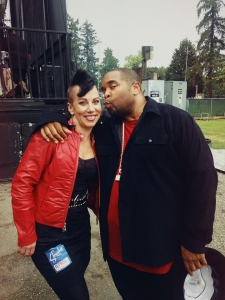 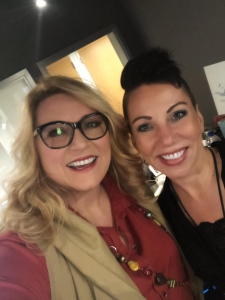 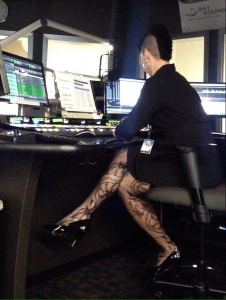 Some of the things I’m addicted to are Twizzlers, coffee, horror movies, Rock, thrift stores and dresses. I’m fascinated with the supernatural, outer space and UFO’s.  The B & W photo below is from when I was a paranormal investigator.  Rob Zombie and Korn are my top two favorite artists. 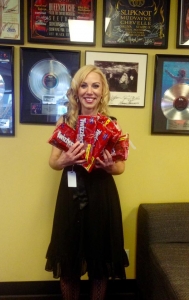 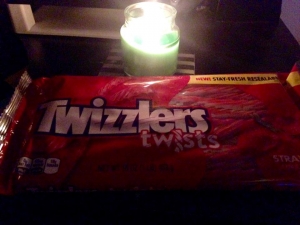 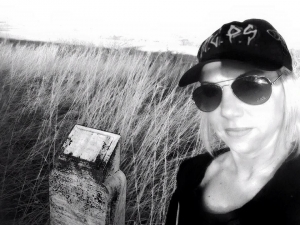 I arrived here in Cedar Rapids the first week of July after Russ, Mary Quass and Jeff Winfield hired me to be the new morning show host!!  Rock 108 was my FIRST choice, and I’m still pinching myself that I’m actually here!  Iowa has been AWESOME to me so far!  I truly love it here, happy to be back in the Midwest, and looking forward to getting to know you via the airwaves, social media and in person! 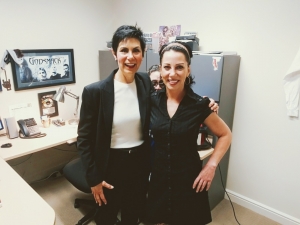 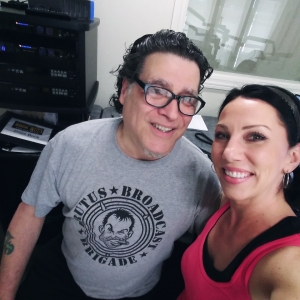 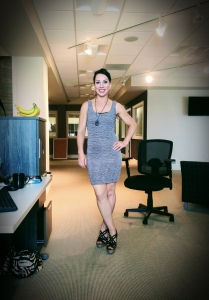 You can like my Facebook Radio page HERE so we can get to know one another!  Thanks for making me feel at home here in Eastern Iowa!  Much love, and ROCK ON!!