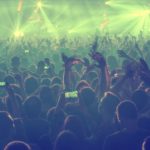 according to “anonymous sources”  IRON MAIDEN and JUDAS PRIEST are planning to embark on a U.S. tour next year. Support acts expected are TESTAMENT, OBITUARY, and THE RAVEN AGE.

No dates have been announced thus far, but the trek is tentatively titled “The Metal Legions Tour”. It will include performances at arenas and amphitheaters taking place in the spring and summer of next year.

If true, this geezer approves!  You can’t appreciate new metal without hearing from the founding fathers.