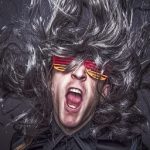 With the new school year around the corner, and plenty of amazing opportunities for students to flourish and become who they are truly meant to be….they create stories.

And here is one of my most proudest collegiate moments.

I graduated from Eastern Michigan University back in 2010, it’s been a whole 9 years since I graduated…crazy. During my Sophomore year, I became an RA (Resident Advisor), basically I was the guy that if students had any kind of issues, they could come to me and I could take the necessary precautions to solve the issue. It also gave you FREE Room & Board for that year, which was nice. I was fortunate enough to be placed in this area called ‘The Village.’ Instead of a normal dorm room, I was given a FULLY furnished 2 bedroom apartment….it was effin’ epic.

The first half of the year, I was alone in that apartment…then 2nd Semester came and I was granted with a roommate. At first I hated the fact I have to live with someone else, then I found out he was a exchange student from South Korea named Min-Gul Kim…little did I know how awesome that would be.

I took much pride in showing him the American college experience…you know what that means?

Now Min-Gul wasn’t the only exchange student from South Korea, there were about 20-30 of them. Now I won’t kid around, I probably wasn’t the best RA to the University, but I sure was to the students, and especially to the exchange students. They would come over, we’d drink, we’d party…they’d sing Happy Birthday at loud volumes in English AND Korean…my apartment was nuts. It wouldn’t be abnormal to see pizza boxes, video game controllers, and empty beer cans all over the place. Again…I was probably not the ideal RA.

The end of the year came about and all of my fellow RA’s (probably 70 or so), and an award ceremony was held for the most outstanding RA’s in the ENTIRE University! RA’s would get plaques, probably put it on their resumes, whatever. As they were reading off the awards and building up to the person that received it, I started hearing something that rang a little familiar….

“This RA did an extraordinary job in assisting the students from South Korea and familiarizing them with American culture, and also making sure that his duties were performed in the highest quality, and really an individual that stood among the rest. We present the Community Staff Development Member of the Year award to Ned.”

They had no idea…they had no clue that I won this thing cause all of those awesome Korean exchange students nominated me because we’d just party constantly, but they nominated me and said all the relative things because they didn’t want to get in trouble either!

If you think about it, yea….I did deserve that award! I acclimated the South Korean’s to America! Showing them the American College Way! We partied, we played pong, we ate pizza….we lived dude! While the University probably thought I was helping them with their homework and giving them friendly advice?

So thank you EMU, for recognizing that partying with your fellow student body can bring everyone together. Andrew W.K.’s method of living will continue to live on.