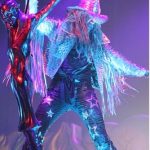 This weekend, Rob Zombie and Marilyn Manson rocked the US Cellular Center and man, what a show it was!

As I was watching these 2 artist proceed to rock the house, it really brought me back to a time where I was discovering rock music…back to the year 1999. It’s crazy to think that is 20 years ago!

During that time, I was really getting into rock music…and Rob Zombie, Limp Bizkit, Korn, and Marilyn Manson were leading the charge…ESPECIALLY Rob Zombie. Rob always just kinda seemed cool…he looked devilish, dangerous, and he freaking rocked. Even today when I talk rock, people like to crap on bands like Five Finger Death Punch and Nickelback, but I have YET to have anyone really talk crap about Rob Zombie or even Marilyn Manson in that regard.

These 2 artist at the time were fresh, had a subject matter that not many were singing about at the time, and it’s hard to find a band out there today with their kind of showmanship and attitude. While the 70’s had bands like KISS, Alice Cooper and the 80’s had Motley Crue? The 90’s had Rob Zombie and Manson…and THAT’S when I started falling in love with it. It’s my generation of rock, it’s what I grew up with! You could make the argument that White Zombie was the real start, which it is…but would White Zombie be as recognizable today if Rob didn’t go solo? Personally I don’t think so, but that’s like my opinion man.

The show this past Saturday just really reminded me how far I have come in life…from being that kid that was a little scared to show my love for metal and hard rock to my parents, from ‘borrowing’ my brothers CD’s to play on the stereo in the basement, which I have such a vivid memory of. Just looking at the album cover of ‘Hellbilly Deluxe’ sends memories rushing back to me. 1999 was what in human life for me was that ‘development’ year. Started thinking about girls, doing less ‘kid’ stuff, finding my voice in music, and turning into the person I would eventually become…and Rob Zombie and Marilyn Manson were those musicians that helped shape that.

You just never know what life holds for you…and those little things that look like nothing at the time, can really actually be big parts of your ultimate person.