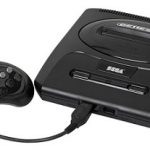 August 14th, 1989 was a day where a video game system ushered in the 16 Bit era. The Super Nintendo was making it’s way to shelves soon, but it all started with a game console that brought in the ‘cool’ kids to gaming, and that was the Sega Genesis, and today? It is 30 years old.

Back in the 90’s, you were either a Super Nintendo or Sega Genesis…it was pretty damn expensive to own both of them. Usually your neighborhood friend would have one or the other. In my case, my friend Jon (who I am still friends with today) had the Sega and my brother and I had the SNES, so we’d go over to each others houses and play video games…it’s what we did! There was no online gaming, it was barely a thought…one TV, two kids, and a 2 Liter of Surge, maybe some bulk candy from the grocery store too.

Games like Sonic the Hedgehog, Comix Zone, ToeJam and Earl, The Lion King DEFINED that part of my childhood! We’d stay up all night, rent games from Blockbuster or Family Video, and just play the hell out of that thing. While Super Nintendo may have been better (IMO) in the long run, the Sega Genesis was one hell of a console, it was the more ‘adult’ game console….it was black, the music sounded hard rock, it just felt more…ass kicking. Eventually down the road, my parents bought us a Sega Genesis with Sonic 2 and looking back on that now? That was a hell of a privilege! Thanks parents!

There is a wonderful book about the console named ‘Console Wars’…if the 90’s console war between Sega and Nintendo is of any interest to you, give it a read.

Even right now, I have my Sega plugged into my big ol’ HDTV and I randomly plug in Road Rash 2 for quick fix.

30 years of blast processing, whatever that was.