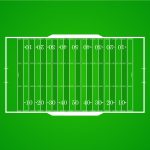 This is so great!  The city of San Diego and officials of the Holiday Bowl have recognized the Wave at Kinnick as possibly the best tradition in college sports and want to bring it to the Holiday Bowl this year as the Hawkeyes play USC.

The Holiday Bowl’s version will involve three cities and fan bases for the first time. Though it’s all a work in progress, the early plan is to show the hospital in Iowa City on the stadium video board at the end of the first quarter. Meanwhile, a Fox Sports 1 camera somewhere under the board will pan SDCCU Stadium so the kids can wave back at the TV image.

The family of bowl game President Paul Hering, an insurance brokerage executive, purchased about 200 tickets so patients and personnel from Rady Children’s Hospital (San Diego) can sit under the board to soak up all that waving, as well. Another charitable human is considering snapping up more tickets for kids.

Iowa spreads its goodwill nation-wide and we couldn’t be more proud.