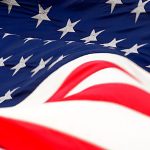 Residents of Peosta have chosen a new mayor in a special election held yesterday(Tues).

Former mayor Larry Mescher, who quit his post in October and then tried to take it back, received 20 votes, or 5.4 percent.

There was one write-in vote.