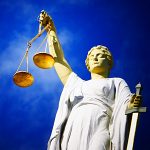 The man accused of killing Michelle Martinko, more than 40 years ago, will be back in court today(Thur).

Jerry Burns’ lawyer filed for a Suppression Hearing, which began January 10, but was cut short due to a scheduling conflict.  This will be a continuation to that hearing.  The defense attorney is asking the judge throw out DNA evidence police say points to Burns as Martinko’s murderer.  Martinko was found stabbed to death in her parents Buick in the Westdale Mall parking lot December of 1979.  It wasn’t until December of 2018 that police finally made an arrest in the case.

Cedar Rapids police took a straw Burns used and submitted the DNA to a database.  The results showed Burns was a match.

According to CRPD Investigator Matthew Denlinger, the probability of incorrect results was one in a hundred billion.  The prosecution said police didn’t do any illegal searches, relaying mostly on public data.

The defense will have a chance today(Thur)  to cross examine Denlinger, who’s testimony lasted around an hour before being postponed.