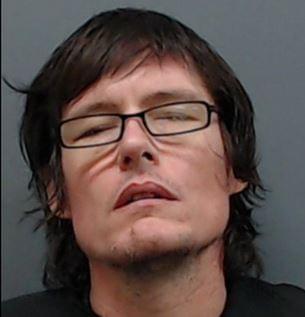 Michael Glenn Barnes isn’t a member of Three Days Grace, Memphis May Fire, Red, Of Mice and Men, Drowning Pool or the Phillies.

Yet, he was able to convince companies he was and swindle them into sending him more than $18,000 in free guitars, baseball gloves and other equipment.

Now he faces decades in prison after pleading guilty to 41 federal charges.  Federal authorities sniffed him out after C.F. Martin Guitar & Co. of Upper Nazareth Township, PA dropped a dime on him to the Feds.

Barnes admitted he posed as members of the bands Three Days Grace, Drowning Pool, Red, Of Mice and Men, Memphis May Fire and The Eli Young Band and of sports teams the Philadelphia Phillies, the Arizona Diamondbacks and the Texas Rangers baseball teams.

He admitted to a federal agent he sold the items he received at a pawn shop. Barnes faces up to 748 years in prison under the deal. He’ll be sentenced May 10. He told the judge he has a bachelor’s degree in business management from Oklahoma State University, where he minored in administration.