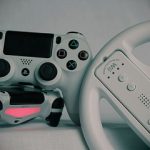 Well, Microsoft hit the nail on the head with this upcoming Super Bowl ad.

You may be able to pick up a normal video game controller with ease…use all your thumbs and fingers to press the buttons. However, not EVERYBODY is able to play video games due to disabilities, injuries, etc…Microsoft wants to remedy that with their Adaptive Controller setup.

To show people this cool thing….Microsoft has bought ad space during the Super Bowl to not just show people their new controller, but to show that everybody can play video games.