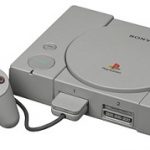 Still the scariest mind f(&^ of a game I have ever played.

1999 was a pretty cool year when it came to video games, and ‘survival horror’ branded video games were all the rage around this time. Games like Resident Evil, Alone in the Dark, were all the rage…and then this game named Silent Hill showed up and made it more of psychological horror game…

You know when your game starts with ‘There are Violent and Disturbing Images in this Game’…you know you are in for something….which was brilliant by the way. It’s one of those games that you HAVE to play in the dark to get the full effect, but then you’ll get too damn scared then turn on a light. A lot of the creepy-ness of the game comes from the effective camera angles and always wondering what might in the fog of Silent Hill….they disguised gaming ‘redraw rate’ with fog…it’s perfect.

I’ve always really liked this game, and the 2nd one too! Sadly, the franchise has really died out in more ways than one as the developer Konami has basically abandoned the franchise, but at one point, Silent Hill was the pinnacle of horror games.

Even to the point where they released a movie that never really gets brought up in the ‘bad video game movie’ debate…cause it was actually pretty good.

It’s blocky, bloody, and bad voice acting…but that’s the charm of it all!