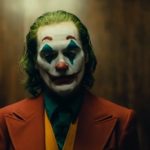 Smile and put on a happy face.

The long awaited first official trailer for DC’s ‘Joker’ as made it’s way online! This will be the first live action origin story film regarding the character, and the Joker will be played by Joaquin Phoenix.

Joker is royalty to a lot of different Hollywood actors, which in live action films has been played by Jack Nicholson, Heath Ledger, and Jared Leto. Now, Joaquin Phoenix will take on the iconic role. What’s interesting to me about the Joker is the many different interpretations of the character, with each actor putting their own spin on him.

Check out the trailer below!