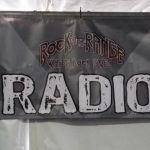 I need some patience.

It’s 2019 and I gotta tell you, I really need to attend a rock festival….RIGHT FREAKING NOW!

Since 2009, I have attended a BIG rock festival…it all started at Rock on the Range in Columbus, OH (now Sonic Temple)…and since then, rock festivals have become a YEARLY tradition. Fortunately I work in radio biz…so I get to meet a lot of rockers, see bands, have fun, do interviews, and take you on the journey! Right now, I’m waiting…and the wait is just the worst!

This year it looks like I will not be attending a festival in May, which is strange for me already…and there is possibly something in the works. Usually for the month of May, I tell my family and friends that I am basically unreachable during that time…this year? I’m available…and that’s scary.

Patience is perseverance though, and I’m sure my waiting will pay off…but DAMN! Until then, there are PLENTY of shows going on in Iowa that I will be attending. However a stellar ROCK FESTIVAL is something completely different….the vibe, atmosphere, bright sun, and the fact that I can see rocks MAJOR acts ALL in ONE PLACE!