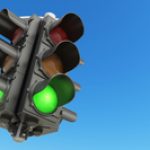 Warning Geezer Rant:  5,137 tickets in 4 days.  That’s 1,284 per day; 38,000 per month; almost half a million tickets a year.  Cut the crap.  We get it, one of the cities in one of the highest taxed states in the Union feels it needs more money.  They don’t have enough cops to write enough tickets so they automate the process.  These are police-state tactics in a free country that’s becoming less-free by the year.

What’s next?  Sniffers outside houses to enforce the new no-smoking ordinances? Chips on trash cans to fine those who aren’t sorting properly?  A tax on rain falling on your property measured by metered run-off?  Some of these are actually being considered by some states.

Human, “eyes-on” policing is one thing, but using technology to spy on citizens strictly as a means to raise taxes, is dishonest and infringes on personal rights once held dear.

If it’s really about safety put highly visible patrol cars at these “dangerous” locations. visible policing will slow people down more effectively than cameras– mostly hidden from view of motorists, which are just meant to collect revenue to be misspent by irresponsible politicians.

Now, GET OFF MY LAWN!