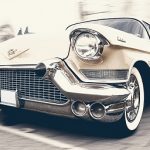 You ever want to find gold in them thar hills?

Well this guy sure had some gold, in the way of classic cars! Friends of a late farmer named Jim Graham who owned property in Wheaton, Minnesota discovered quite a treasure trove of classic cars, something Jim loved to collect. Jim never married, so as his friends described, Jim loved cars! They were his love! At one point, his friends and co-workers said that Jim at one time had over 500 cars….crazy….I already have a hard time maintaining one.

After passing at 88 this past December, auctions were held to sell off the cars and people from all around the country and in town all came to bid on them.

Could you IMAGINE owning over 250 cars? Especially awesome classic ones?