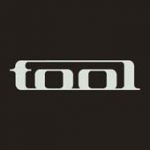 How long have we been waiting?

The long awaited new Tool record ‘Fear Inoculum’ releases tomorrow to store shelves and digital. How long have we been waiting? 13 years? Good god…you know a lot can happen in 13 years, so let’s see what I have accomplished in 13 years.

I could be here all day listing the things I have done in the past 13 years since Tool released their album, and now…that time is coming to a close.

As long as it took Tool to released a new album, I pretty much built my life.