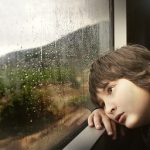 Yea yea yea, you all are loving that fact that Tool has a new album…and I am excited for you!

However, I’m not really a big Tool fan…(audible hearing of displeasure from fans)….yea I have heard it all before.

Here is the thing though, while all my friends listened to Tool on repeat…I was listening to bands like Slipknot, System of a Down, Linkin Park, etc…bands that aren’t so ‘artsy’ as Tool and A Perfect Circle are. I have ALWAYS been a huge System of a Down fan, and the last album that they released was Hypnotize…14 years ago….the last Tool album was 13 years ago, so one more year over Tool.

However the difference between Tool and System of a Down with their massive length between albums is that Tool was pretty straightforward in saying that it is going to be awhile until a new album was gonna come out. System of a Down on the other hand has been VERY back and forth why there isn’t a new album…

Back and forth, band members complaining, random touring here and there, Serj making his own music, Facebook statements….it’s just like….c’mon man.

If you’re not going to make new music, can you just put in a bullet in it and tell us? Fans obviously want new music from the band and the band still draws massive crowds. When I saw them in Detroit, the show was entirely sold out….so the demand is still there.

I guess I’ll keep waiting, but I’m not really holding my breath either.