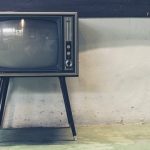 Growing up in the 90’s, Chris Farley was easily the funniest man you would ever see on TV. His movies like Tommy Boy, Black Sheep, and even his smaller roles in Billy Madison were just amazingly memorable. The dude was an absoulute talent who knew how to to entertain in so many ways. He would poke fun at his weight constantly and it really became a big part of his charm.

Today’s comedians are wonderful…they crack me up, but I have always been really part to physical comedy…and Farley just got that. People getting hurt intentionally on camera to amplify a scene? I just spit out my drink every single time. Specifically this part in ‘Black Sheep’ where Farley is trying to get signal on his cell phone, he hits his head on a branch and suddenly hits the dirt….it’s classic, it’s sudden, and I bust out every single time. Even now I am chuckling and I’m not even watching it! Thanks to the YouTube though, someone else sees the humor like I do.

His perfect molding of physical out loud comedy I feel like can never be matched. Comedians can try all they want today, but nearly everyone will just compare whomever that is to Chris Farley.

Chris was special, he was funny, and loved by many. It’s sucks that his demons got a hold of him and took him from us at such a young age. He was such a guiding spirit into the humor I developed as an adult…that’s why I find things like Jackass, Tom Green, or whatever physical funny.

I do wish Chris was still with us today, but I do wonder if his comedy would continue into today’s society, or was it the product of it’s time?