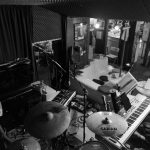 2020 is turning out to be a bad ass year for new Rock!  The Offspring announced that they’ll be releasing a new album early next year.

The band says the 10th album is already finished. It will be the follow-up to 2012’s, Days Go By.

“The artwork needs to be done and we have a rough track listing,” Noodles said.. “We’ve even gone and done more music since. We just need a distribution deal, and we want that done by the end of the year. Then we can release early next year.”

The Offspring are currently on a co-headlining tour with Sum 41.

What’s your favorite song by The Offspring?  Here’s mine…