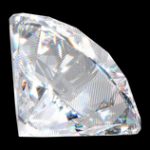 This is destined to be a book, at least one major motion picture and probably several true crime shows on the Investigation Discovery channel. Yes, it’s that BIG!  Early Monday morning (11/25), burglars in Dresden, Germany pulled off what officials say is one of the biggest heists in history, stealing “priceless” jewelry from an 18th century collection housed in the historic Green Vault (Grüne Gewölbe) at Dresden’s Royal Palace.

The successful heist appears to have been an elaborate plot that included setting a fire at a nearby electrical distribution point in order to shut down the museum’s alarm and killing the power for the area, creating a blackout.

Authorities say that even with the thieves successfully knocking out power to the grid, however, a surveillance camera captured footage of two of the thieves breaking into the vault.

“Volker Lange, the head of Dresden police, said the thieves smashed a window and cut through a fence before approaching and breaking open a display cabinet in the Grüne Gewölbe’s Jewel Room in ‘a targeted manner’,” Guardian reports.

Police officers arrived on the scene just before 5 a.m. only to find the suspects — and the three sets of historic jewels — gone. The estimated value according to some news outlet is in the hundreds of millions of euros, that is if the amount can truly be calculated.

Among the stolen jewels are three sets of diamonds that include brilliant-cut diamonds from an 18th-century collection. “The historic sets consist of 37 parts each, and there are fears the thieves may try to break them up,” BBC reports.

“Three out of 10 diamond sets have gone,” Marion Ackermann, the city’s director of state art collections, told the press. “We cannot give a value because it is impossible to sell,” she said. “The material value doesn’t reflect the historic meaning.”

“The items cannot be sold on the art market legally — they’re too well known,” said Ackermann, who pleaded with the thieves not to break the priceless jewels into pieces.

Saxony Minister President Michael Kretschmer likewise lamented the impact of the theft of the cultural treasures, describing it as not just a museum robbery, but a robbery of the citizens in the region.

“Not only the gallery has been robbed, but also the Saxonians,” said Kretschmer, as reported by Guardian. “You cannot understand the history of our country, or the free state of Saxony without the Grüne Gewölbe and the state art collections of Saxony.”

BBC reports that police are examining surveillance footage, which shows two of the suspects, though authorities believe more wore involved in the plot.

Police say they found a car on fire in the city early Monday which they suspect was used as the initial getaway vehicle.