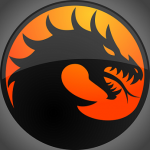 This weekend, my brother is in town and we decided to watch some classic movies from out childhood.

One of our favorite movies to watch was from 1995, and it was the film adaptation of Mortal Kombat the video game. For a video game that is full with hearts being ripped out, heads stuck on spikes, spines ripped out…this movie was a pretty bad adaptation of the controversial video game.

However, if you enjoy a good kung-fu movie, cheesy humor, and a pretty decent reference base? Mortal Kombat is a pretty fun movie.

If you’re looking for a bloodbath of a movie you would want from Mortal Kombat? You’re not going to get that here…but you’ll get some great fighting scenes, likeable (not lovable) characters, and some amazing set design. The movie LOOKS great, like you would kind of expect from a Mortal Kombat movie…just missing the key part…you know what I am talking about.

Maybe we had to type in the Blood Code to unlock the Rated-R version of this movie….who knows.

Overall though, it’s just a fun movie. It didn’t win any awards or whatever, but in the 90’s, studios were TRYING so damn hard to make a reasonably good video game movie. It bombed with Super Mario Bros, Street Fighter was laughable, Double Dragon was just WAY too out there….and then there was Mortal Kombat which is kind of just middle of the road.

It’s not great, but it’s not terrible either.

Also, the Scorpion VS Johnny Cage fight is pretty fantastic.