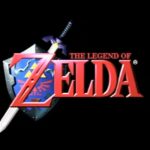 21 years ago, my favorite video game of all time was released.

I get asked plenty of times when I am out and about, and even on air…”Ned, what is your favorite video game of all time?” For a lot of people, it’s a pretty hard question to answer, but for me? It’s easy.

The Legend of Zelda: Ocarina of Time, and it was released this day 21 years ago in 1998.

There are not a ton of games that I can play over and over again, but this one is easily one of those that I can. I own nearly every single version of this game. The original Nintendo 64 release, Master Quest on Gamecube, Digitally on my original Wii console, and the 3DS remaster. Which in fact, is one of the leading reasons I even bought a 3DS is to play Ocarina of Time on the go.

The music, the story, and at the time…the graphics captivated me. I was also a member of Nintendo Power magazine, so every issue has SOMETHING to say about the upcoming 3D Zelda game. It was the moment I saw that legendary commercial that I was sold on it…

Like…holy crap right? How could you not want to part of the adventure?!? Well it worked on me, and I am glad it did.

It’s a little dated compared to something like Zelda: Breath of the Wild, but it’s easily one of my most nostalgic memories.