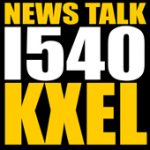 The council became the second local government body to endorse the bill, after the nearby Johnson County Board of Supervisors did so in September.

The bill would impose a fee on the carbon content of fuels, including crude oil, natural gas and coal.  The fee is imposed on the producers or importers of the fuels and is equal to the greenhouse gas content of the fuel multiplied by the carbon fee rate. The rate begins at $15 in 2019, increases by $10 each year, and is subject to further adjustments based on the progress in meeting specified emissions reduction targets.

The bill has over 70 co-sponsors and was introduced on the House floor in January.