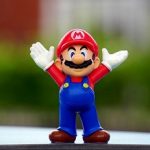 What a game right?

When I say this is one of the greatest games of all time, it’s really hard to find someone that will disagree with me on this topic. SMB 3 was so big for it’s time, there were cartoons, McDonalds toys, comic books, and the fact that the game was sold out everywhere! As a kid (I was around 3 or 4 years old), I never got to play it until the Super Nintendo days with Super Mario Bros. All-Stars…cause when I was a kid heading to the local video store…I could never rent it because it was ALL rented out! EVERY….SINGLE…TIME! During that time, buying a game was some steep cash, even the rental stores only had ONE copy of each game. So I had to rent Back to the Future on NES, and if you have ever played that game, you know how wonderful of a disappointment it it is.

After SMB 3 was released, pretty much every single Mario game you play today follows what Mario 3 did, specifically it’s overworld maps where you chose your level instead of simply moving onto the next one. No seriously, play New Super Mario Bros. on Switch or even Super Mario 3D World on WiiU….it’s directly inspired by it.

Still a classic game, and a MUST PLAY for any game fan. Also, the Gaming Historian did an expertly crafted video on it’s history below…check it out.