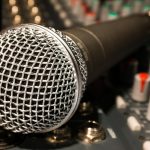 17 years ago today, Linkin Park released the follow up to Hybrid Theory with their 2nd album, Meteora.  The first single off the album, “Somewhere I Belong” SHOT UP the charts in March of 2003.  Then came “Faint”, “Numb”, “Breaking the Habit”, “Lying From You” and so forth.  My favorite track from Meteora is “Breaking the Habit”.  What’s yours?

Drummer, Rob Bourdon said, “We wanted a group of songs that would sit well together because we wanted to make a record that you could pop into your CD player and, from beginning to end, there would never be a spot where you start daydreaming.”

Check out a few songs from Meteora below!