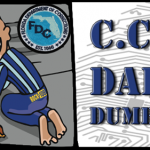 Police in Poughkeepsie, NY say a very drunk man claimed he was shot in his butt, but no injury to his butt was found.

They received a 911 call reporting a person was shot.

Responding officers found a drunk 35-year-old man who told people he was walking when suddenly he realized he was shot in the butt, fell and struck his head.

The victim was taken to a hospital where medical personnel couldn’t find any bullets in his butt.

They even checked his pants for bullet holes and found nothing.

Witnesses in the area were also drunk as hell and couldn’t provide any info to help in the investigation, so it’s still under investigation.
Hmmmm…