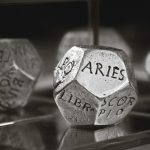 I’m not one for this Zodiac mumbo jumbo normally.  But it’s fun sometimes to see if it’s accurate.  Here’s a list of the Zodiac Signs showing how loyal you are in relationships.  I’m a Cancer, and in this case mine was totally true!  Let me know if yours is true or not.

Aries (March 21 – April 19)
Sadly, Aries is known as the least loyal of all the zodiac signs.

Their needs absolutely come first, and the person they’re most devoted to is themselves.

Taurus (April 20 – May 20)
Everyone knows that Taureans are stubborn, but this can be a good thing.

They won’t give up on a relationship, even when their friends and families suggest that they do.

Gemini (May 21 – June 20)
Geminis are great at a party because they love to talk and are engaging.

Unfortunately, while Geminis can be charming, they can also be flaky and unfaithful. Since there are two sides to their personality, they can be completely loyal and trustworthy one minute, and telling secrets the next.

Cancer (June 21 – July 22)
When you want a loyal friend or significant other, Cancer is a great choice.

They’re intuitive and insightful, and take their time with their feelings, so when they commit, they do so 100 percent. Understandably, they don’t handle betrayal well, so if you’re involved with them, try to match their level of loyalty.

They’re loyal when it suits them, but since they can be very self-centered, they would never blindly follow anybody. They’re leaders, not followers.

They’re typically grounded and loyal, unless they think their significant other isn’t giving them the right kind of positive attention. If this happens, they will turn their hypercritical focus on their partner and start to actively look for someone new.

Libra (September 23 – October 22)
In some ways, Libras are one of the more loyal zodiac signs, at least as far as their friends go.

However, Libras have some impulse control issues, and may act on them. Libras have been known to cheat on their partners, but the fact that they hate conflict and confrontation usually keeps them in line.

Scorpio (October 23 – November 21)
Scorpios are ruled by passion and can beloyal sometimes but big cheaters other times.

They can be possessive and jealous, and demand loyalty from others. But it depends on how they’re feeling at the time.

Sagittarius (November 22 – December 21)
Sagittarians can be hopelessly in love and fully committed one minute, and losing interest and focusing on someone new the next.

They go from one extreme to another, and aren’t considered the most faithful or loyal of the zodiac signs.

If there’s a problem that threatens to shake their resolve, they will work on it until everything is fixed — and that includes relationships.

Aquarius (January 20 – February 18)
Aquarians are great humanitarians and love to take up a cause.

They’re very loyal while they’re in that moment, but can get distracted easily and latch on to something new.

They hate liars and cheaters, and they don’t set out to do anything unethical; they just get caught up in the moment.

Pisces (February 19 – March 20)
Pisces have a vivid imagination and are deeply emotional.

They can be a devoted lover and friend, or they can have a whole bunch of people that they’re sleeping with. Pisces are loyal and faithful when they’re not lost in their own creativity.