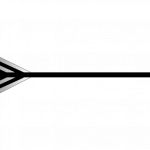 As you may or may not know, my crushes usually last between 3-6 months.  The last two crushes were Jonathan Davis and Ivan Moody.  My newest crush goes to Jim Root of Slipknot.  Hubba hubba.

I dig him because he mentioned that he isn’t in a relationship/married, nor does he have kids because his life has been his career.  I SO RELATE to that.  Since I’ve been sober almost 7 years, I’ve only focused on my radio career.  Haven’t searched for love or stuff like that.  Not saying those things wouldn’t be nice to have, but it hasn’t been my priority.  Also, I don’t think Jim’s a major social media freak, which is RAD, because neither am I.  Not sure if he’s an introvert, but if I had to guess, I’d say he is.  I’m %100 introvert.

Not to mention he’s a major hottie!!  I get told a lot that my taste in men is unique.  I hope so!  Who wants someone boring/cookie-cutter?  I’m def an acquired taste, and I like men who are also an acquired taste.

So there… My new crush!!  We’ll see how long this one lasts 🙂

For your viewing pleasure, here’s Jim nerding out on guitars.