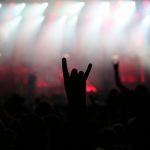 Corey Taylor hopes to release a solo album this September.  He said he’s had a lot of the songs for years.  One song he’s even had written since high school.  He said he’s written the songs over the years, but none of them really fit in with Slipknot or Stone Sour. The new album will have 13 tracks.

Check out the teaser for his new music video, and also an interview with Corey below!