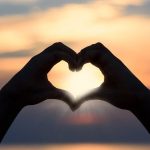 Now we know who Matt is.

A couple of weeks ago, someone named Matt climbed upon the Red Hat of Independence, IA and professed his love for someone named Rebecca in John Deere Green!

As of this morning, the elusive Matt? Has turned himself in to authorities and has been charged.

According to the report, Matt used an extension ladder to reach the towers ladder, had a backpack full of green paint and professed his love for Rebecca. But here’s the funny part…

He doesn’t even have a girlfriend named Rebecca!!!

We know who Matt is now, but WHO IS REBECCA!?!?

Matt did say he does know of the Joe Diffie song, so I’m gonna assume this is some kind of tribute.