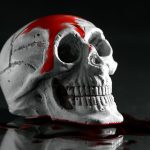 Are you someone who only enjoys scary movies around Halloween time?  Or… are you like me, and watch them year round?  Either way, I picked out 5 of my favorite must-see scary flicks for the season.

Curl up on the couch, put on PJs, grab some snacks, dim the lights and get the holy f**k scared out of you!

If you’ve never seen this, it might throw you for a loop at first, but stick it out until the end.  You won’t regret it, and it keeps you guessing and guessing.  Seriously some f**ked up s**t!  (Do NOT watch the remake with Nicholas Cage. IT SUCKS!!)

Rob Zombie at his best behind the lens!!  This twisted flick will make you feel dirty… like you need to take a shower afterwards.  Keep some baby wipes nearby.

If you like director, David Lynch, then you will LOVE this sick flick. (He didn’t direct it, but it DEF has his style.)  Again, this is one of those films that leaves you with an overwhelming need to take a shower afterwards. This movie goes past the point of making you feel uncomfortable.  What’s great about indie horror is that they can get away with crossing lines that big budget movies can’t, and they def cross lines in this one.  CREEPY AF!

Classic horror of course.  Director, Sam Raimi opened the gore door for many movies to come with this beautiful creation.  What I love most about this sick flick is the brilliant us of prosthetic makeup effects.  You DON’T get this with movies anymore.  Everything is digital now.  Pay close attention to the prosthetic makeup effects, as it is a lost artform.  And guess what?  This one will ALSO make you want to take a shower!  (That’s how you know it’s good!)

If you know anything about me, you know this is my favorite movie of ALL TIME.  I’ve seen it over 100 times, and it never gets old.  Stephen King didn’t like Stanley Kubrick’s portrayal of his novel, but I think it’s a masterpiece!  What I enjoy most about this film, is it’s superpower of providing escapism for the viewer.  Pay close attention to the opening scene as they drive up the mountain.  That scene will suck you into another world right off the bat. Turn up the volume, put yourself where they are and forget about the outside world.  This movie provides that if you completely allow yourself to sink into it’s depths. Pay close attention to Jack’s character, as he slowly loses his mind. Try putting yourself in his shoes.  Try being/empathizing with the “villain”, and you will experience this movie in a whole new way.  ENJOY!!