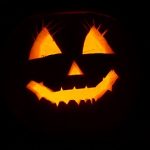 Masks, makeup, costumes…it’s all there for you.

Who knows, you probably know someone that has dressed up as these bands for Halloween in previous years! I can pretty much guarentee one of them is a Halloween staple. Here are 5 bands that are ALWAYS Halloween ready.

They’ll need at least masks, makeup or costumes to fit this small list.

I mean duh right? You can go to any Halloween store pretty much and find a KISS costume…or simply grab some makeup and become the Demon, Starchild, Space Ace, or Catman. There have been people though that have REALLY went above and beyond with their KISS costumes, even buying ones straight from the band for thousands of dollars. So if you have some dough you want to blow? CLICK HERE.

Straight out of Iowa and straight to your door to grab some candy! Slipknot has never performed without their masks and if you have no idea who they are? They’ll probably creep you out really quick. Personally I think the best version of the masks you should go with? The Iowa versions…those things were terrifying.

Can’t go wrong with a band that dispatches humans on a daily basis to satisfy the masters right? GWAR has always been some of the most insane costuming, but that’s what makes them fun as hell. I mean, just look at them! How is that not Halloween ready? Did you know that you ALSO can look like an alien from the planet of Scumdoggia? CLICK HERE and bring your checkbook.

Similar to Gwar in costuming, just look at these guys! How could they not be Halloween ready? Also, why haven’t I played these guys on 4:20 Music Meeting yet…huh….stay tuned.

Just look at the former singer Jeffery Nothing, I mean…if that isn’t Halloween like? I don’t know what is….masks, blood, creepy imagery, it’s all there for you.

I could be here all day listing bands that are masked and ready for Halloween, but then I’d be here for a long time…and I don’t have that kind of time!

So some honorable mentions?