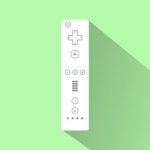 14 years ago, everybody was saying Wii.

The Wii….the game console that seemingly everyone had to have, and a lot of people bought it.

During the time of the emerging Blu-Ray Playstation 3 and the uber popular Xbox 360….hardcore gamers had everything they wanted in those 2 consoles! But in the corner was Nintendo Wii, doing their own thing. No HD graphics, cheaper than the others, and a controller that no matter what age, you could use it.

And it worked….very very well.

It was Wii-madness….I worked at Gamestop during the launch and every single day, we’d get at least 50 calls asking the same question ‘Do you have Wii?’ Which I would instantly reply…no….and that lasted pretty much all the way into summer of that year.

I actually loved the Wii, I thought it was a fun console, but sadly it got really defined by the amount of garbage games on it. But if you sifted through the trash, games like Zelda: Twilight Princess, Wii Sports, Wario Ware Smooth Moves, Super Mario Galaxy, The Last Story, are really some fantastic games! But, most people bought it to play Wii Sports, and since then? Most Wii’s sit in attics….but for a time? It was the hottest toy of that generation. I mean, if my Grandma thought about buying one (which she did!), Nintendo did exactly what they wanted and won the battle.

14 years of waggling a Wii-mote or chucking the thing into your TV.