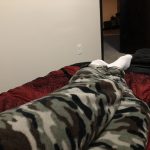 I was doing my show on Wednesday October 28th, and noticed my throat was a bit sore.  In a Rona-free world I wouldn’t have thought twice about it, but since we have to report any changes in health to management, I did just that.  Russ took my temp, and it was only 97.1.  I kept thinking that it was probably just allergies.  I was told to stay home the next day (Thursday) and get a Rona test, so I did the drive-through testing at Hy-Vee Drug.  That same day I developed a fever, so I went to the doc.  He told me that I had an upper respiratory infection, and he wouldn’t give me anything until my test came back from Hy-Vee.

My test came back that Saturday as NEGATIVE.  I thought, “Phew!”.  BUT, by Monday, I still was feeling crappy.  I had a fever, sore throat, sore ears, headache and was exhausted, so I went to Urgent Care on November 3rd to get ANOTHER test done.  At this point I had also developed RED eyes with puss coming out of them.  Here’s a nasty pic of me in the doctor’s office on that day. 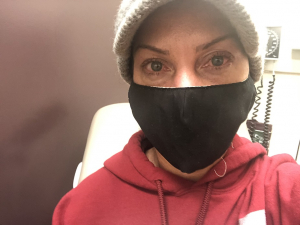 I look sick AF… Gross!  The doc told me that my first test was probably a false negative, and that he was pretty sure I had Rona. So, the waiting game continued as the test would take 2 days to get back.  I get the test back on November 5th, and it was NEGATIVE again!  In my mind I’m super confused, because I STILL feel like complete ass.  Meanwhile, Ginger went and got tested.  (We both started feeling sick on the same day in October.)  His test comes back POSITIVE.  Now I’m even more frustrated and confused, so I go BACK to the doctor to get another test on November 6th. 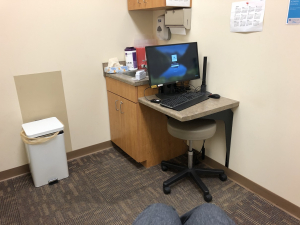 I had to wait two days again for the results, and yep… my 3rd Rona test came back POSITIVE.  I already knew I had it, but those first two negative tests made no sense to me!

My symptoms during Rona were headache, fever, sore ears, sore throat, red eyes with puss and fatigue.  I never lost my taste or smell, and I never had any chest or breathing issues.  (That part I found bizarre, because I’m a smoker.)  For me, having Rona was like having the flu for 2 1/2 weeks.  The ups and downs were super frustrating.  By ups and downs I mean that my fever would sometimes go away, so I’d think that I was getting better.  Then BAM, it would all come back a few hours later.

Ginger’s symptoms were completely different than mine.  He had more of the chest/shortness of breath crap.  The good part was that I at least had a Rona buddy.  We quarantined together for over 2 weeks while being sick, and we made it through without killing each other!  (Not saying it was easy for either one of us, though lol.)

I have this kick ass light that I used quite a bit while watching Netflix, and it really helped relax me. 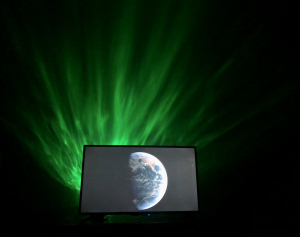 There were days where I NEEDED to do something besides watch Netflix to stay sane, so I did some cooking and baking.

Here’s the jambalaya, banana bread and cookies I made from scratch. 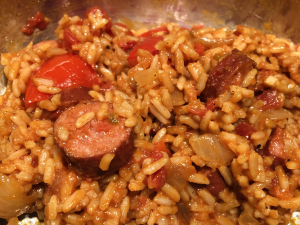 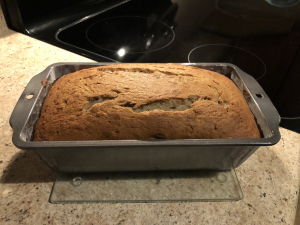 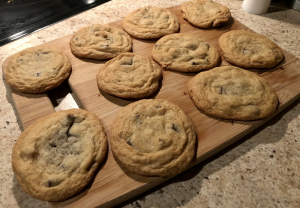 I found comfort in food that is bad for you.  It was the only thing that made me feel better! 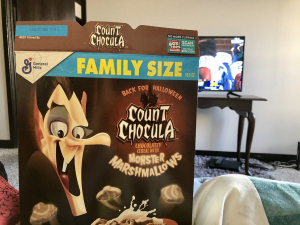 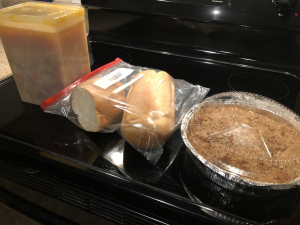 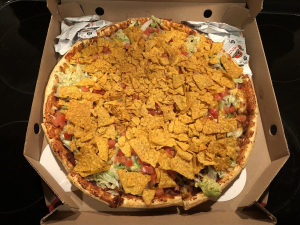 I got the green light from the doc to go back to work this past Tuesday.  Overall, I feel a lot better.  I still have fatigue and red eyes, but that’s it.  Here’s a pic from yesterday lol.  (Looks like I’m a stoner is all.)

I’m grateful that my Rona days were pretty tame.  I know there are many people who have it way worse!  Please take care of yourself!!

I’m so happy to be back, because I SERIOUSLY missed hanging out with you!  BIG thank you to Brian Marshall and Alex for flying the spaceship while I was out!!