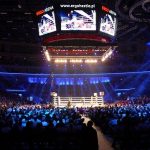 This weekend, one of the most iconic names in wrestling stepped out the ring forever.

Even if you don’t care about wrestling at all, you probably have heard of this character named ‘The Undertaker,’ he was that iconic, and it’s amazing to believe how long that man has been performing in the ring. I am 33 years old, meaning that he started his prolific career when I was just 3 years old! You can EASILY rank Taker along with names like Hulk Hogan, Macho Man, Goldberg, John Cena, Ric Flair, etc….you could even say that Taker ranks above all of them.

What’s interesting though is that the dude lasted in the WWE for nearly his entire run. He started in WCW, but quickly got snatched by WWE (WWF at the time) and was there ever since! Wrestlers would come and go, but Taker was always there.

Say what you want about professional wrestling, but that dude put in the work for 30 years and you gotta respect the hell outta that.

Rest easy Undertaker, and thank you for the memories.