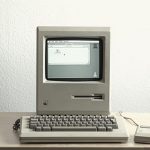 What more can you say about the original PC game DOOM?

It’s one of the greatest games and franchises ever made. The grand-dad of all FPS (first person shooter) games, DOOM was released 27 years ago this week. While the FPS genre was actually created by Wolfenstein 3D, DOOM was the one that knocked it out of the park.

I ADORE this game…it was the first actual video game I played on PC and still play to this day. I have downloaded it on every console I have so I can have Doom on the go, or just pick up and play it. I remember the first time actually playing this game was at my Aunt’s house way back in the early 90’s and she had to load it up on MS-DOS.

It was such an insane experience at the time. I had only played Mario, Zelda, Circus Atari, or whatever….kids games right? But this realistic (at the time…) game where there was blood, demons, heavy metal soundtrack was just nuts to play.

Since then, DOOM has evolved into such an amazing franchise. The new games were such a refreshing return to the series and is one of those games that I will gladly slap $60 to get on day one.

Also if Doom isn’t your thing but heavy metal is…composer Mick Gordon just NAILED the feel of the new games with his soundtrack. Just listen to BFG Division below.