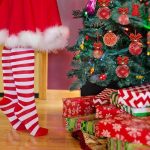 Regardless of how you feel about 2020? The holiday is coming and you have a rock star in your family…so what the hell do you buy for them? In 2020, rock music took a hit…concerts were cancelled, t-shirts were unsold, albums were postponed, etc!

Gotta rocker in the family? Here are 5 ideas how you can bring them the rock this holiday season!

2020 was SUPPOSED to be a HELLUVA year when it came to concerts. Bands that were supposed to tour were Green Day, Weezer, Rammstein, Slipknot, Rage Against the Machine, and that is BARELY scratching the surface of touring bands, along with some BIG rock festivals! But…all of them cancelled, with many of them postponed until next year (and sadly some didn’t make it…) Maybe this year, give the gift of a good time to a rock show! Us concert bugs miss live music…and what do we want for Christmas? A son of a bitchin’ rock show!

Many of us thought that AC/DC was calling it a day…Malcolm Young passed away, Brian Johnson was basically done due to hearing issues…but low and behold…AC/DC knocked pandemic out of the park with a whole new album named ‘Power Up’ and it freakin’ rocks! AC/DC is one of the most legendary bands out there and will always be remembered for their signature AC/DC sound! Why not gift new music from one of the greatest bands of ALL time?

-Merch from their favorite band.

Band’s cannot tour, that sucks….but we can at least get the experience of buying out favorite band t-shirts and cool merch that these bands offer to us! Many of the bands too also offer options that actually help the touring crews as they are out of jobs until pandemic finally goes away! Also some bands are offering unique t-shirts the commemorate this interesting time in history, so snap them up while you can!

Little do you know, but that fan of rock music in your family COULD be the next Eddie Van Halen, Dimebag Darrel, or Joe Perry! Yea there is probably a chance they may pick it up, find it too hard and put it away forever…BUT…they don’t know unless they try! I’m not saying go out and buy a Gibson Les Paul with a Marshall stack amp for thousands of dollars….a good Squier starter kit will get them rollin.’ But why just listen to rock, when you can create it? Worth a try!

-Merch from a struggling music venue.

Bands were hit, touring was hit, but do you know who has been really hit? Your rockers favorite music venue….Spicoli’s in Waterloo, Wildwood in Iowa City, Wooly’s in Des Moines, etc. These venues DEPEND on touring artist and live music and hundreds of them have closed up due to the pandemic, which is heartbreaking for us rockers….where do we go for live music that isn’t a big arena? It’s getting smaller by the day….but, some local venues have some merch that you can buy that directly supports those venues to stay afloat. Check your rockers favorite venue and see what might be possible to not only celebrate their home away from home, but support what hopefully may continue to be.