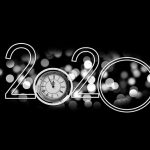 Are they perfect? Nope! Are they at least something? Yup Nothing beats going to a venue and seeing your favorite band live….there is NO replacement for that. But it did force bands to get creative with doing live concerts on a livestreaming platform. While many of us were forced to stay home, bands still had to do something to make money, thus we got to see some of our favorite bands right on our TV! Now if you had a baller sound system, it was even better! Many of them even had tips go straight to charity….so win win right?

-System of a Down released their first new music in 15 years.

FOR YEARS I have been saying ‘When is that band gonna release new stuff?’ In 2020? We got exactly that! Mind you it was no new full album, but they fact that it happened was some kind of metal miracle! They put aside whatever differences they had, recorded two new songs, and boom…we got new System of a Down! They could have recorded farts in a can and I would have been excited personally….ok, maybe not that excited but you get my drift.

-Housing loan rates the lowest they’ve ever been, and still dropping.

Looking to buy a house or refinance? This may be the best time in history to ever do so…hell, I did! Looking around at interest rates…I’ve seen them as low at 2.8%…..ok, THAT DOESN’T HAPPEN EVER! If you were waiting to buy a house until ‘you were ready,’ I get that, but I would at least explore what your might be able to get at a rate that low. Renting is easy and hassle free…but you could pay $1000 per month for top of the line apartment, or $700 for something that is yours and you take that money you were spending on rent and fixing a house to sell down the road…or who knows, stay in it.

-The re-emergence of Drive-In Movies.

For a time, heading to the drive in movie was just the way of life that faded away eventually. However with social distancing protocol, regular theaters were forced to close….so what do you do? Bring back the drive in movie theater! Many if not all of the movies that were set for 2020 have been delayed, but that means classic movies once again graced the drive in movie screens. Truthfully, I wish the drive in would make a full on return someday!

The Tiger King show on Netflix was nutty as hell and we all loved it! For some reason we just liked watching the dumpster fire that was that whole show! When Russ first told me about it, I waved it off…until I watched one episode, then I was hooked. Spawning countless memes, debates, and a peek into a world that most of us had no idea existed. For a moment though, we all wanted to know what they hell was going on in tiger kingdom.