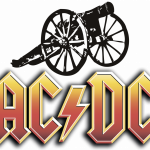 AC/DC just released the official music video to “Realize”, which is the first song off their new album, Power Up.

Angus Young said:   “I remember working with Mal, and we worked on that track. We spent a fair bit of time on it. It was another strong idea that he had. For me, I knew how much he really liked it. I remember when we originally were writing it, the effort that he put in and how he built it up. The thing is, I remember we had the music side of it together, how we wanted to do it. And he gave me his hook idea, the chorus, When the gave me the verse idea, of how he wanted the lyric, he sang it to me roughly. And I heard it, and it stuck in my head all day. And I just kind of thought, how clever is he? He just comes up with something. It was one of those things where I kept repeating it and repeating it in my head.”