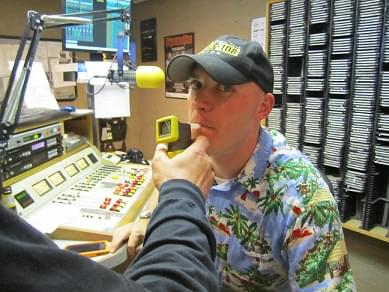 It was on a shadowy day in spring when his father, Zeus, became glazed over on a fine bottle of God Beer and committed an incomprehensible error in judgment —- as he had a one-night stand with a unicorn. 9 months later James Patrick was born.

Life was rough for young “JP” as the other Unicorns did not let him play in their Unicorn games. So he decided to set out on his own to find Castle Greyskull for guidance. At the gates, he was confronted by Papa Smurf and Gizmo and was told that their master was not home, but that he could seek guidance from The Princess of Power……..She-Ra.

From there, his training shifted to Mermista, then to Frosta, Flutterina, and Florence Henderson. How JP actually ventured into the radio business is still a mystery. Some say that he lost all his magical powers when he wagered & lost them in a game of Old-Maid.

Some say that he drank away all his powers, others suggest that he rode in from the sunset on the shoulders of a Sasquatch to the ROCK 108 studios. The full truth may never be known.

All that we do know is that he was forced to work on planet Earth and if you get him drunk enough, he will tell you the painful, physical, sexual stories that commenced in Castle Greyskull.

You may be wondering “Where is his Unicorn’s horn?” All we can say is that it’s clearly not on his forehead.