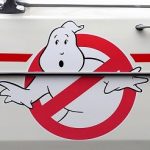 Who you gonna call?

Honestly, who doesn’t like Ghostbusters? OK fine, not EVERYONE likes Ghostbusters and that’s fine…you’re wrong, but that’s fine. 36 years ago? The 4 guys in jumpsuits drove around New York City blasting ghosts into Hollywood stardom on the big screen, as the original film hit theaters.

What’s funny about this movie is honestly…how the hell did it work? It’s a blending of sci-fi and comedy in a real world setting of 1980’s New York. You try making something like that today and it might work, but probably won’t work AS well as Ghostbusters did back in 1984. What made this movie work as well as it did? The glorious cast. Bill Murray, Dan Akroyd, Harold Ramis, and Ernie Hudson….also can’t forget the star writing team of Harold Ramis, Dan Akroyd and Rick Moranis.

Yea, the SAME GUYS who acted in the film wrote it, making a perfect blend of character understanding. They knew exactly what they wanted, and they got it.

What makes Ghostbusters so personal for me, is that it was my first fandom as a very young child. The newest movie was Ghostbusters 2 (not as good I know…) but thanks to it’s success…a cartoon show named ‘The Real Ghostbusters’ was produced, followed by a vast array of toys…so as a 3 year old? Of course I got hooked! Somewhere in my parents basement, my brother and I still have our Ghostbusters toys hanging out.

Ghostbusters has had a recent rough go at the theaters, but the classic is STILL a classic and I could watch it any day.

Also if you were a kid around this time? This guy gets it.