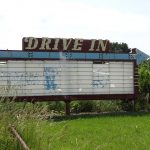 Live music is pretty much dead for 2020.

As someone who lives for live music, it’s really hard to be a live music fan. Music venues ALL across the country are fading away cause there is just no money being made. Some venues are trying to keep things afloat with live streams, merch sales, etc…but it’s just not enough to keep thinks running like a good concert will do.

Live Nation on the other hand, is trying to something to keep live music going….and that is the ‘Drive In Concert Series.’ It’s kinda interesting how they are gonna make this work, Variety reported on it, CLICK HERE TO READ.

These concerts will be almost exactly like heading to a drive in movie theater during the 60’s and 70’s, but this time with your standard live concert! It’s not the greatest thing in the world to enjoy live music, but at least it’s something! However, what’s lacking is any rock or metal…

The first ‘Drive In Tour’ will feature Country Star Brad Paisley, Darius Rucker, John Pardi and even rapper Nelly on a few of the dates…..what…Lamb of God, Godsmack, or Korn don’t fit the bill? I know, it’s only the FIRST one so I will be patient….but if you’re gonna include Pop country and rap, at least throw one good rocker in there somewhere. All of our BIG festivals got cancelled this year, at least give us something!