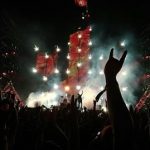 Why do I get crap for liking a band?

No seriously, anytime I post about these bands I always have like 7 comments telling me how much trash they are. Every….single….time….and that’s fine. I really don’t care, and the reason I am even posting about it is because maybe you have a favorite band that people tell you that you should hate.

So what bands do I like that I get consistent s&^% for? Check ’em out below.

KISS
I have had people consistently tell me how I should hate this band. Gene Simmons is an asshole! Paul Stanley sucks! Mediocre musicians! Well yea…but you gotta love their work ethic and their music is fun! They don’t have RIPPING solos (until the 80’s that is) and highly technical music, but they are just a fun band with a following unlike any other. I hate to tell you music snobs, but if there was no KISS? There would probably not be a lot of the bands you listen to today.

Any post I do on Rock 108 about FFDP? Get dragged through the mud and the full on hate shows up. I’ve always loved them though…great performers, music rocks, and they have mass appeal for a band named Five Finger Death Punch. I mean, with a name like that…how the heck did they get as popular as they did? Early FFDP was hard driving heavy metal, nowadays they have soft stuff, hard stuff, etc. I get a little bit of this and that with FFDP, and that’s what I like about them.

A bunch of dudes dressed up as aliens playing hardcore punk & metal….what’s not to like? A lot apparently, cause I have actually gotten into a random fight and told I was a terrible person for liking GWAR. Like….why? It’s just a band making music and that makes me a terrible person? Anytime I go to a GWAR show, it’s a god d^%$ blast. Covered in fake blood, hard rock, and insanity. The album ‘Battle Maxiumus’ is a pretty solid album too. Full of head banging riffs, but…non-fans will only see the fact that it’s a bunch of dudes in weird costumes and can’t see past that. Whatever….Hail GWAR and Hail Oderus.

This is probably one of the big ones, cause man…if you didn’t grow up during the Limp Bizkit generation or were an adult during the time? You HATED this band, especially Fred Durst. But as a growing adolescent kid discovering hard rock music? Limp Bizkit was EVERYTHING to me in music. They were the first album I ever bought! Nowadays they fall under nostalgia act, but back in the late 90’s…Bizkit was everywhere. Any of my co-workers will stop at nothing to give me s&^% about liking them.

You know, the guys that wrote that ‘1985’ song? Well they had a few other songs & albums that were pretty sizable for their time, nothing I would call a ‘hit’ though. The band is a bunch of guys who write pop punk music about growing up, drinking beer, and partying. What’s there not to like? They usually get roped in with the ’emo phase’ and that’s fair…but most of their songs aren’t emo…it’s songs about getting a girl, heading back to Texas…I dunno, it’s just fun music not to be taken to seriously. Hell, they even have a Greatest Hits album named ‘Songs that People Actually Liked’ which is such a great name.

You don’t have to be a fan of every band out there, you’re welcome to your own taste! But don’t shame others for liking something you don’t. This is America after all, you can like what you want.

Play music, like music, enjoy music….no shame in that.