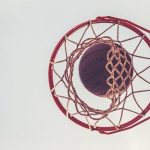 If you were alive during the late 80’s to mid-90’s, you knew who the Chicago Bulls were…all because of one man, Michael Jordan! Also gotta mention Scottie Pippin and Dennis Rodman of course as they were part of that Dynasty.

He was the sports superstar of a generation, and still is even though he is retired! Everyone knows…who Michael Jordan is.

Well there is this TV show on Netflix right now named ‘The Last Dance.‘ I have only watched one episode, but it really gives this inside look of The Dynasty during that time. Interviews with coaches, Michael, Scottie, Dennis, Bob Costas, and anyone that was involved during that time, and it’s fascinating.

Again, not a sports fan…but damn, you would have to be living under a rock if you don’t know who Michael Jordan is and it’s really cool to see how that all came together and really giving an inside look to it all.

Check it out, it’s very good.