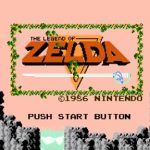 It’s a secret to everybody.

You know how a band influences so many of the bands you listen to today? Without KISS we wouldn’t this guy, or without Dimebag Darrell it wouldn’t have inspired so and so to pick up a guitar. The same can be said for video games…and one that gets so much accolade, is the Legend of Zelda on the original Nintendo.

And the game that started it all? Is 35 years old.

It’s kinda crazy to think where we would be if there was no Zelda….would we HAVE the video games that we all enjoy today without Zelda? Well, maybe at some point we would…but just SOME of the games that Zelda inspired? Here is a quick list.

And that is BARELY scratching that surface.

I remember when I first played the game when I was a wee lad and I barely had ANY idea what I was doing. But it was that open world as a little elf kid, running around, stabbing enemies, figuring out puzzles, and saving the princess that became a staple in seemingly every single game we would play for the rest of our lives. Also that LEGENDARY theme song that I feel like everyone knows, it’s been my ringtone probably since I got a cell phone.

Zelda is one of the biggest staples in gaming ever, and continues to be.